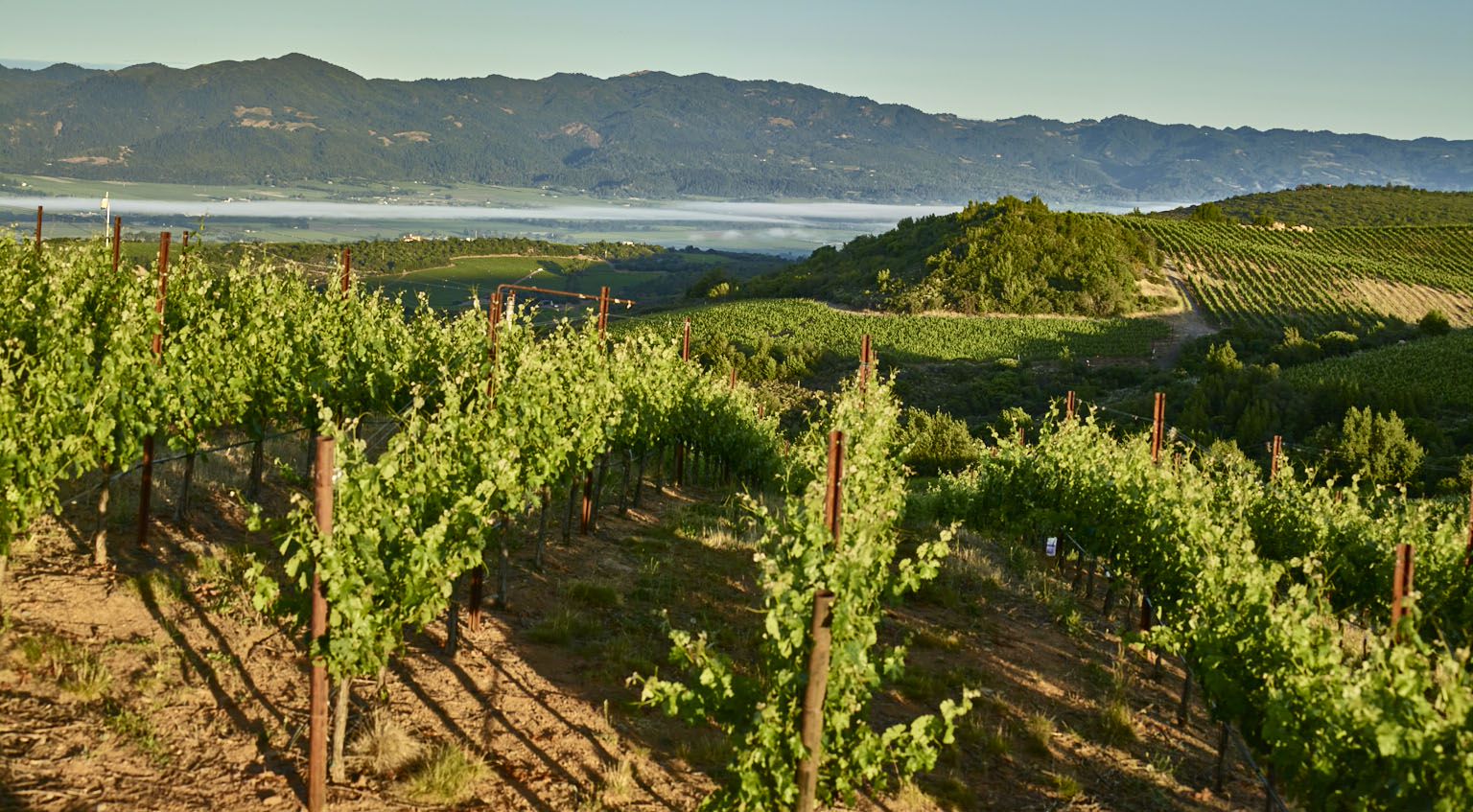 The Story of the Water Witch

In 1991, Dr. Jan Krupp saw an ad in the San Francisco Chronicle selling a Napa Valley property with good water and soils. His interest grew when, on his first site visit, he noticed a few old vines, perhaps 100 years old. With the help of a few good friends, he began developing the property in 1995, defying what many local experts had claimed was an impossible task. It took seven years to clear more than one billion pounds of volcanic rock.

Then there was the issue of water, which hadn’t yet been found on the arid land. Jan hired a world-renowned geologist, who identified five potential locations. Drill to 300 feet, he advised, and when no water was found he recommended against purchasing the property. Instead of quitting, Jan hired a “water witch” who walked the property with her apparatus of two copper divining rods, stopping abruptly at one spot. Drill here, she said. At 400 feet, an underwater stream was found, as well as water at the five places identified by the geologist, but at the witch’s recommended depth.

In 2016, the E. & J. Gallo Winery purchased Stagecoach Vineyard. Today, with over 600 acres planted to vines, the Cabernet-focused Stagecoach is the largest contiguous vineyard in the Napa Valley. The 1,300+ acres of rocky, volcanic terroir extends from the south-eastern of Pritchard Hill area overlooking Oakville and Yountville to the westernmost regions of the Atlas Peak appellation.

In addition to its stature as a premium vineyard, Stagecoach’s rugged beauty is home to several indigenous flora and fauna. Among the sprawling acres of thriving vines and volcanic chaparral slopes are the gnarly remnants of an old vineyard created by the area’s first settlers. And the storied Water Witch’s Well lies near the vineyard entrance to Stagecoach Vineyard, evidence of the powerful union of luck and perseverance that made this place possible. The spirit of Black Bart – who intimately knew and rode this verdant backcountry – is clearly still at home.